Nature has blessed Sri Lanka generously – it harbors the world’s tenth richest biodiversity within its small land area and is an unmatched enticement for eco-tourists. Sri Lanka is also known to be the best for big game safaris outside Africa. Sri Lanka’s Big Five – leopard, elephant, sloth bear, blue whale, and sperm whale – are known as the country’s great wildlife attractions. Few countries can rival its Big Game safari animals, with the island also being the unique destination where the biggest mammal on land, the elephant, and the biggest mammal in water, the Blue Whale can be seen within a few hours from each other. Let us showcase Sri Lanka to you, the undiscovered treasure trove in the world’s wild life map with an amazing variety of fauna and flora and with some of the world’s highest densities of leopards and elephants. Geographical diversity gives Sri Lanka rich wildlife resources which are conserved in 13 national parks and over a hundred protected areas. Sri Lanka has 86 species of mammals of which 16 are indigenous to the island. From the 427 recorded species of birds, 250 are resident and 26 are indigenous to the country. Some of the popular nature reserves are Sinharaja forest, Udawalawe Reserve, Yala National Park and the Wilpattu National Park.

Undoubtedly a most enthralling experience to the wild life enthusiast, May to October is the popular time to visit Minneriya National Park located in the North Central Province of Sri Lanka to view the fascinating ‘Elephant Gathering’. Being part of the elephant corridor which joins up with Kaudulla and Wasgamuwa parks, Minneriya National Park gives the opportunity to see herds of Elephants throughout the year. However, during this dry season, when the lush grass is exposed on the banks of the reservoir and as the waters recede, small herds of elephants from surrounding parks travel to Minneriya and gather to form massive herds.

Situated in the southeast region of the country the park covers 979 square kilometers and is the best national park in Sri Lanka that offers the opportunity of viewing the broadest variety of wildlife. With a total of 32 species of mammals recorded, the star attraction of the park is the leopard (Panthera pardus kotiya). Among other threatened species such as the sloth bear (Melursus ursinus), elephant (Elephas maximus), spotted deer (Axis axis ceylonessis), sambar (Cervus unicolor) and the golden jackal (Canis aureus) are also seen among many other species. Dawn and dusk are the best times of the day to experience a safari tour on jeeps with soft-tops that are provided by the park.

The park located in the northwest coast lowland dry zone of Sri Lanka covers 1,317 square kilometers and is among the top national parks world-renowned for its leopard population with also 31 species of mammals identified within its borders. The unique feature of Wilpattu National Park is the existence of “Willus”, natural, sand-rimmed water basins or depressions that are filled with rainwater. Many species of reptiles and birds are found in Wilpattu while the mammals that are identified as threatened species living within the National Park are the elephant, sloth bear, leopard, water buffalo, sambar and the spotted deer.

Isolated by large rivers in all its boundaries except from the south, the park is located approximately 50km northeast of Kandy. With an area of over 39,000 hectares, 23 species of mammal, 143 species of birds, 35 reptile species, 15 species of amphibian, 17 species of fish and 52 species of butterfly have been recorded in Wasgamuwa National Park. The main attraction of the park is the herds of Asian elephants and the sloth bears. In addition, you may also witness leopards, golden jackals, water buffalos, slender loris, wild boars, many species of deer and even the fishing cat.

The Park lies on the boundary of Sabaragamuwa and Uva Provinces covering an area of 30,821 hectares. The park was created to provide a sanctuary for wild animals displaced by the construction of the Udawalawe Reservoir on the Walawe River, as well as to protect the reservoir. The National Park is amongst the most important habitats for Sri Lankan elephants. One can view these gentle giants gather upon the banks of the Udawalawe Reservoir in large herds which is indeed a marvelous sight to witness. It is estimated that Udawalawe National Park has over 250 resident elephants apart from many other species.

You may also wish to take a visit to the Elephant Transit Home in the Udawalawe National Park, which is a rehabilitation center set up by the Department of Wildlife Conservation to rehabilitate orphaned elephant calves. Elephants in the wild are constantly being killed and many elephant calves are orphaned. There are normally between 40 to 60 orphaned elephants and visitors can watch them being fed, from the safety of a viewing platform about 8m away, at one of the four daily feeding sessions, held every three hours from 9am until 6pm.

In 1991 Bundala became the first wetland to be declared as a Ramsar site in Sri Lanka. In 2005 the national park was designated as a biosphere reserve by UNESCO, the fourth biosphere reserve in Sri Lanka. The national park is situated 245 kilometers southeast of Colombo. The best time to visit Bundala is from September to March, during which time migratory birds arrive at the park. The wetland habitats in Bundala harbors about 100 species of water birds, half of them being migrant birds. The Park has been identified as an outstanding and important Bird Area in the South Indian and Sri Lankan wetlands.

The Senanayake Samudra, the first significant irrigation project in Sri Lanka post-independence is considered the key feature of the Gal Oya National Park. The Park has the distinction of being the only one in the island where boat safaris are available. Getting a glimpse of elephants swimming across the lake is a most fascinating experience while on a boat safari. You can also enjoy the picturesque hill-forests, the leopards, water buffaloes, wild boar, crocodiles, and different species of deer that inhabit the park. There are also many little islands on the reservoir which are nesting places of numerous bird species.

Kaudulla National Park, situated in close proximity of the historic Kaudulla Tank built by king Mahasena is the newest national park and wildlife reserve in Sri Lanka, opened in 2002. Located in the heart of the cultural triangle, the best months to visit the park is from August to December, during which time around 250 elephants inhabit the park. Kaudulla plays a crucial role in supporting large numbers of elephants that are part of the “elephant gathering” in Minneriya National Park. As the two parks are in close proximity and maintain adjoining forest habitats, large numbers of elephants move freely between the two parks.

Located in the South-East corner of Sri Lanka, and neighboring the Yala National Park, the Kumana National Park is Sri Lanka’s foremost bird sanctuary as it houses a diverse range of endemic and migrants birds. Kumana is an ideal camping and safari spot and a firm favorite for bird watching. Sightings of the very rare migratory Black Necked storks, Yellow Footed Green pigeons and the Greater Racket-tailed Drongo to the more frequently seen Eurasian Spoonbill, Purple Heron and Wood sandpiper are possible in Kumana. With a total of 255 species of birds also seen are mammals such as the European Otter, Golden Jackal and a few elephants.

Lunugamvehera National Park is a popular park in Sri Lanka suitable for visiting all year around that is most famous for spotting an array of avifauna and herds of Sri Lankan elephants. 21 fish species, 12 amphibians, 33 reptiles, 184 birds and 43 mammal species have been recorded in the park. It also acts as a migration corridor between the nearby protected parks of Yala and Udawalawa National Parks. The national park which extends over 23,000 hectares and provides the ideal place also to spot wild buffalo, wild boar, sambar deer, grey mongoose, fishing cat, grizzled giant squirrel and more. 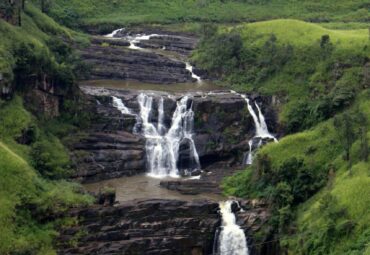 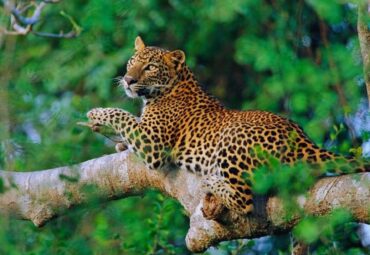 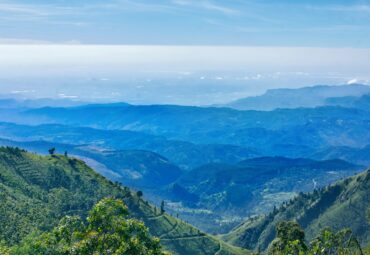 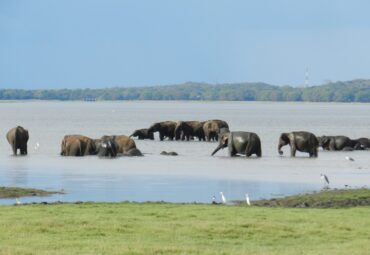 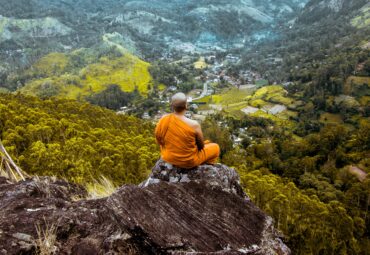 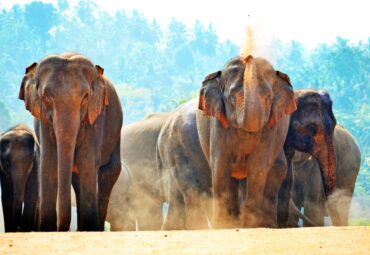 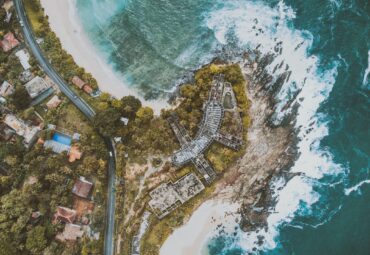 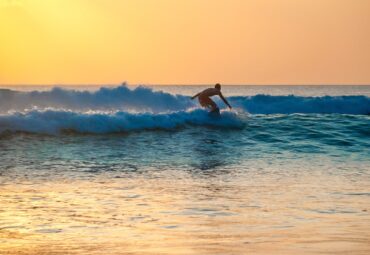 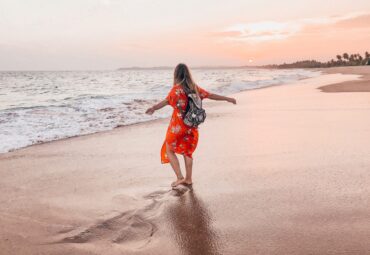 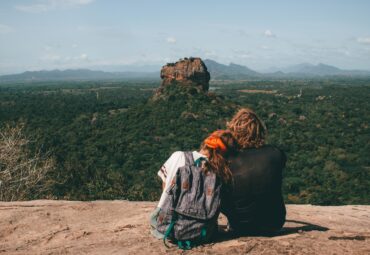 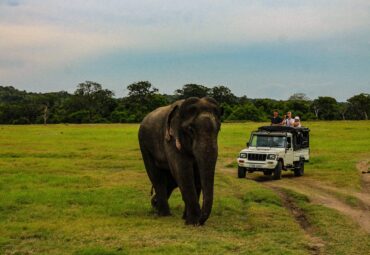 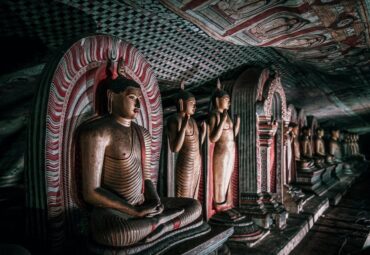